Palette once belonging to Delacroix 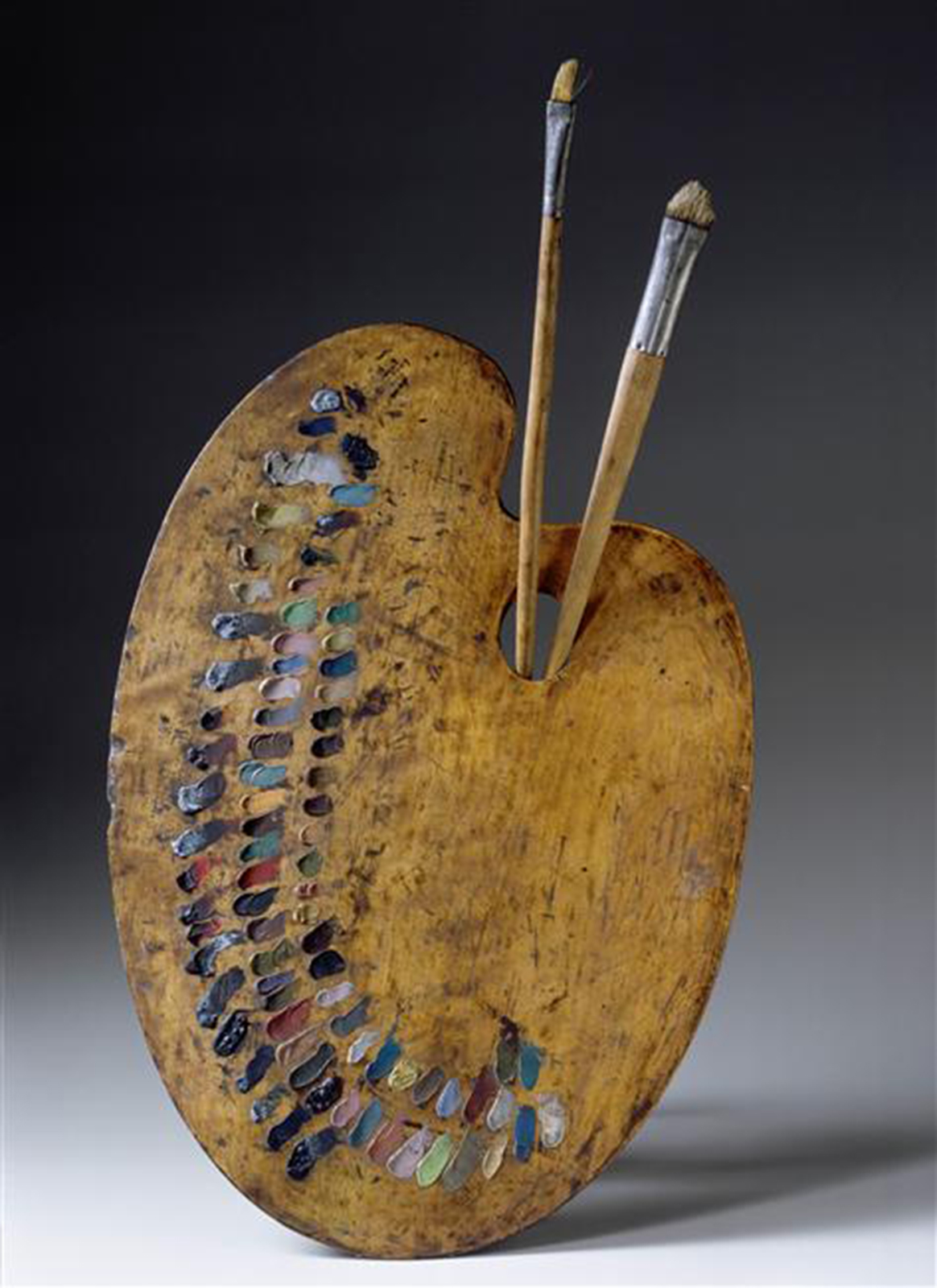 This palette gives insight into the preliminary steps in creating a painting: selecting and preparing colors. Delacroix approached this process with great care: My freshly arranged palette, brilliant with contrasting colors, is enough to fire my enthusiasm, he noted in his Journal on July 21, 1850.

This palette was donated by Léon Riesener’s granddaughter. It said to have belonged to the painter Fantin-Latour, to whom Delacroix had given it.

Delacroix’s care in composing his palettes

According to other artists, particularly Pierre Andrieu, it seems that when the painter was working on his major decorative projects, he spent long periods of time mixing combinations of colors on his palette, which he then transferred to bits of canvas attached to his studio wall. For each of these colors, he carefully noted the composition and the purpose. In his unwavering admiration of the painter, Baudelaire wrote, I have never seen a palette as meticulously and delicately prepared as that of Delacroix. It was like a bouquet of skillfully arranged flowers.

Another of his students and collaborators, Louis de Planet—who worked predominantly on large projects for the Library of the Palais Bourbon between 1838 and 1844—collected Delacroix’s suggestions and advice in a book entitled Souvenirs de travaux de peinture avec M. Eugène Delacroix.

In a book entitled Les palettes de Delacroix (1930), painter René Piot, who was Andrieu’s student, collected all of the artist’s reflections on color and especially the arrangement of colors on his palette: through the detailed analysis of ten palettes, which were then associated with some well-known paintings and murals, we learn how the painter, throughout his career, increasingly fragmented tones and placed less focus on real color in favor of shadows, half-tones, and highlights.

According to oral tradition, Delacroix gave this palette to Henri Fantin-Latour (1836–1904). Like Delacroix, Fantin-Latour paid a great deal of attention to the preparation of his palette. His admiration for the master inspired the artwork he painted soon after Delacroix’s death: Homage to Delacroix (1864, Paris, Musée d’Orsay).