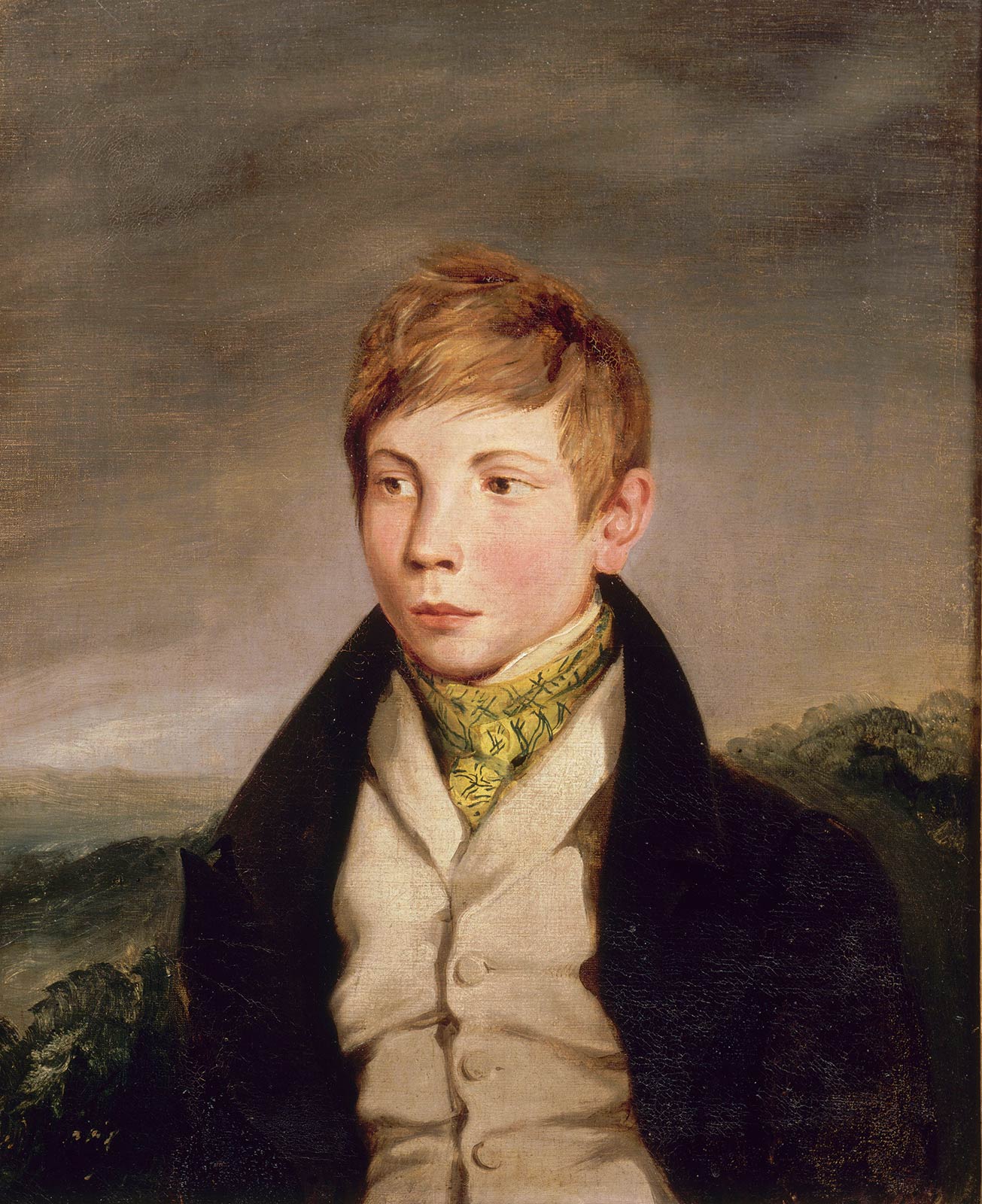 This beautifully sketched portrait commands attention by the elegance of the young man and the way in which the tones of his clothing enhance the color of his skin and hair, tousled as a sign of the model’s youth. The influence of English portraiture is clear; the choice to portray Auguste-Richard de La Hautière against a landscape background calls to mind the work of Sir Joshua Reynolds (1723–1792), for whom Delacroix had great admiration.

Painted in large brushstrokes, the sky behind the young man appears flooded with clouds; as if, despite the young model’s deportment, despite the slightly rebellious gleam in his adolescent eye, the young painter strove to capture some of the melancholy of “coming of age”.

A commission by an old friend

This painting is part of the series known as the “Pension Goubaux” Portraits, commissioned to Delacroix by an old school friend, Prosper-Parfait Goubaux (1795–1859). Director of the Institution Saint-Victor in Paris, he had asked his friend to paint the portraits of his prizewinning students to decorate the school’s reception hall.

A teacher and a playwright, Goubaux was considered by his contemporaries to be one of the precursors of modern teaching. In 1820, he founded a school with a curriculum that gave a place to science and technology that was innovative for the time.

Auguste-Richard de La Hautière was 15 in 1828 when he received the second prize in a nation-wide competition in Latin to French translation as well as an honorable mention in French to Latin translation.

The young man then went on to study law and was admitted as an attorney to the Paris Bar in 1835. Transformed by the progressive ideas of the Saint-Simonian movement, he began to work as a journalist under the name Richard Lahautière during which time he developed his communist theories.

This activity led to lawsuits against him and forced him in 1842 to retreat to the Loir-et-Cher department where he opened his law firm. His sensitivity to the events of 1848 brought Richard de La Hautière back to Paris, but his efforts to win a seat in the legislative elections failed. Back in the Loir-et-Cher, he returned to his work as a lawyer and bought a practice, before finishing his career at the Blois Bar. Abandoning all political activity, he also devoted his time to literary endeavors.