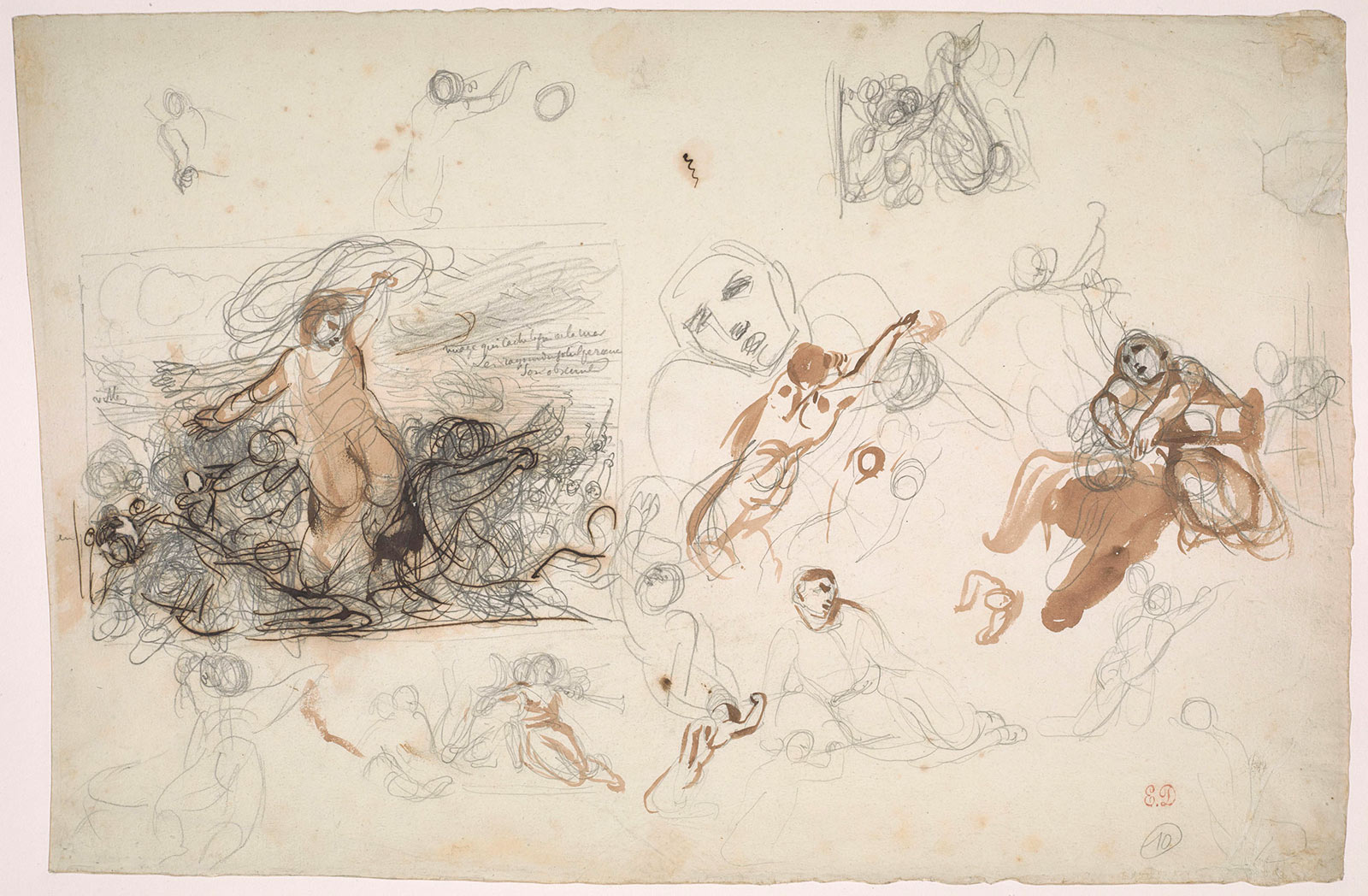 The lower left of this study sheet bears the stamp ED from Delacroix’s posthumous studio sale, carried out according to his last wishes and held at the Hôtel Drouot from February 22 to 27, 1864. Delacroix enthusiasts were surprised to discover the artist’s work as a draftsman. It was a true revelation: over 6,000 drawings were thus dispersed. From preparatory sketches to more developed drawings, this was an aspect of the painter unknown to contemporaries.

This sheet is a prime example of the early expression of budding ideas and of research into the most effective composition possible according to a chosen subject, as well as proof that the painter carefully saved his studies to reuse certain ideas later should the need arise. As was often the case, Delacroix used a mix of writing and drawing here.

In 1826, in tribute to the heroism of the Greek nation, Delacroix chose for the third time to paint a new episode of the Greek War of Independence. Surrounded by an army of 35,000 men supported by the Turkish fleet, the city of Missolonghi, a strategic port that had already resisted two sieges and was left with only 4,000 defenders, chose to set itself ablaze rather than fall into the hands of the Turkish enemy.

From the outset, Delacroix considered representing Greece with an allegorical figure. It started on this sheet as an agitated figure, full of movement, leading a crowd behind her, perhaps to battle. In the final painting, the artist opted for a rather classic allegory of a young woman, a marmoreal figure in oriental dress, a static effigy that appears resigned and offers herself as a martyr.

Five years later, Delacroix renewed with the idea of a woman leading the people to battle in a painting commemorating the days of the July 1830 revolution, the widely known Liberty Leading the People (Paris, Musée du Louvre) that combines allegory with historical representation.