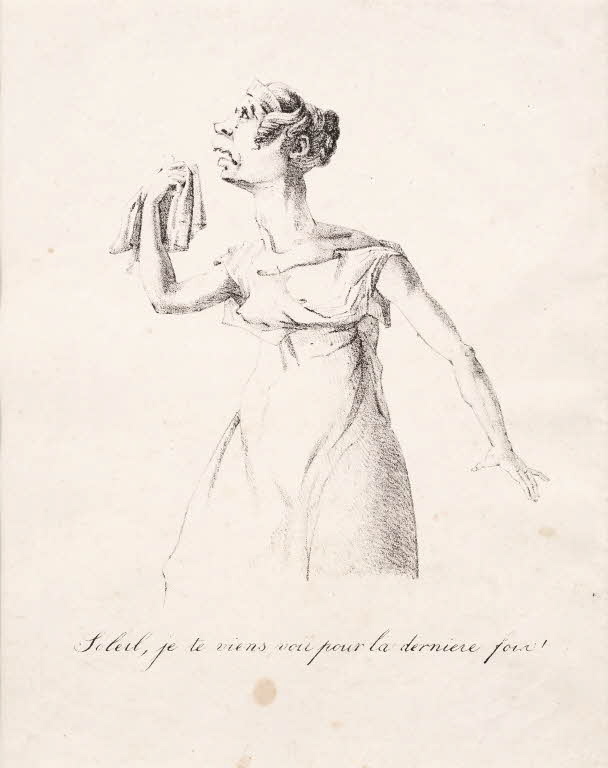 In the early 1820s, Delacroix made a dozen lithographed caricatures, most of which were published in the newspaper Le Miroir. Probably motivated by the young painter’s financial needs at a time when he was in difficulty, they also reveal the liberal and anti-conformist opinions of the artist, who didn’t hesitate to denounce censorship and antiquated Academicians, and who advocated for cultural openness through the performance of opera and the revitalization of the theater.

This lithograph targets the great theatrical actress Mlle George (1787-1867), and the addition of an alexandrine from Racine’s play Phèdre as a caption – Oh Sun, I come to look on you for one last time – renders the attack on the actress who triumphed in the role of Phaedra particularly biting.

The print was previously attributed to Delacroix, but was rejected by Adolphe Moreau and then Loys Delteil from the catalogue of the master’s body of engraved works. It is a fine addition to the Museum’s beautiful collection of engravings by the artist and his contemporaries.