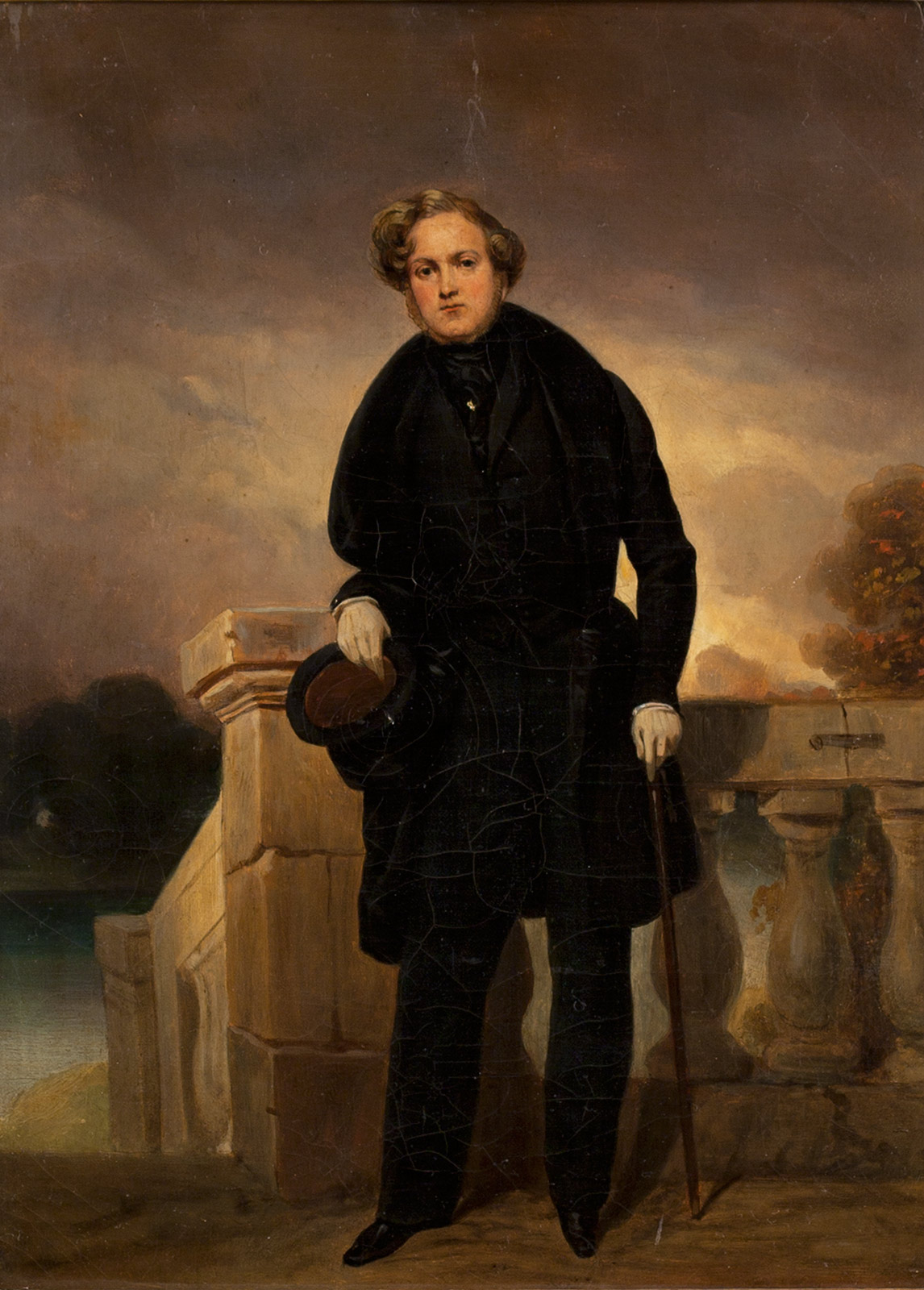 A student in Guérin’s studio, Dedreux-Dorcy was a painter and friend of Géricault, upon whose death he acquired the Raft of the Medusa (Musée du Louvre) with the intention of transferring it to the State, as Delacroix mentions in his Autobiography (Hannoosh, Journal, Corti, 2009, p.1741). Dedreux-Dorcy made his debut at the 1810 Salon and, beginning in 1831, he specialized in portraiture, painting a portrait of Delacroix and, notably, one of Mornay.

Charles-Henri-Edgar, Count de Mornay (1803–1878), was a diplomat and the brother-in-law of Marshal Soult. In 1831, he obtained license as Envoy Extraordinary of King Louis-Philippe to lead a mission to meet with the Sultan of Morocco, and went there accompanied by Delacroix, the associate artist, upon the recommendation of Mlle Mars (Mornay was Mars’ lover). Following the journey, Delacroix gave the Count a magnificent album of eighteen watercolors, which were unfortunately broken up at public auction on March 29, 1877, following his death. Only eleven have been found since.

Delacroix painted a portrait of Mornay in oil (1837, Paul Mellon Collection, Virginia), and evoked him in pencil (in several drawings at the Department of Prints and Drawings, Musée du Louvre). The painter remained a faithful friend despite the long silences in their correspondence, for which he took the blame, as evidenced in a letter from the painter to the diplomat dated July 30, 18[38] belonging to the Musée Eugène Delacroix: Goodbye, good and dear Charles, pardon my errors: prove you do by writing me back. Write back to the man from Africa if you find the present man unworthy. He is yet the same for you, my dear friend, and so shall he always be.

Mornay continued his diplomatic career following his return to France from the Moroccan mission, becoming Resident Minister at the court of Baden (1833), and then Minister Plenipotentiary in Stockholm (1835). Discharged of his functions by a provisional government decree in 1848, he married the Countess de Samoïloff in the same year. He died without an heir.